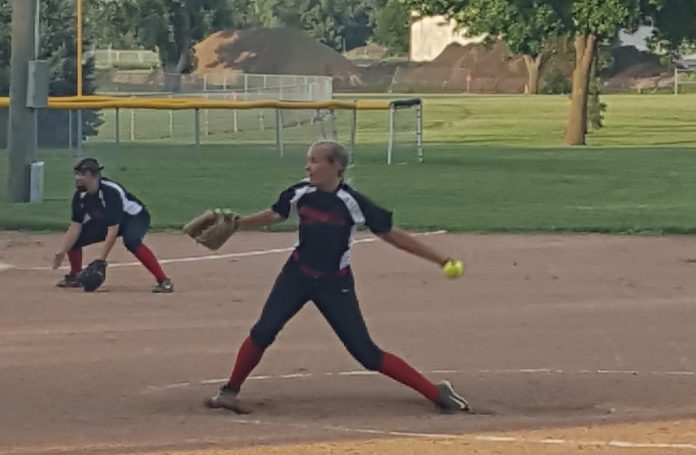 West Central Area opened the bottom of the first with three straight hits to take a quick 2-0 lead, but Morris went on to score the next five runs and looked to be in control until WCA’s bats came alive and they scored in each of their final three at-bats, including four in the sixth.

Hailey Bennett tossed five hitless innings of relief for the win, allowing an unearned run on four walks with six strikeouts, she was 2-3 with two RBI’s and two runs at the plate, also drawing a walk.

Liz Dietz took the loss for Morris, giving up nine runs (seven earned) on eight hits with five walks and eight strikeouts. Jen Solvie and Kenzie Hockel each had an RBI.