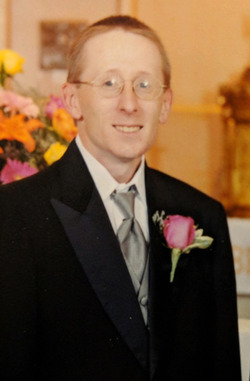 Chad Stephen Frisch was born on November 3, 1977 in Graceville, Minnesota.  He attended school in Wheaton and lived in Dumont all of his life.  After high school Chad attended college in Fergus Falls, Minnesota and custom combined for his uncle.  He enjoyed helping Steve Fridgen on the farm, hunting and doing a lot of fishing.

At the age of twenty-three Chad was diagnosed with cancer.  He fought a painful battle for eighteen years.

Chad will be greatly missed by his family, friends, hunting and fishing buddies, and his neighbors in Dumont.

Chad is preceded in death by his grandparents Gerald and Dorothy Minahan; and Herbert and Mandy Frisch.

The Bainbridge Funeral Home of Wheaton, Minnesota is in charge of arrangements.