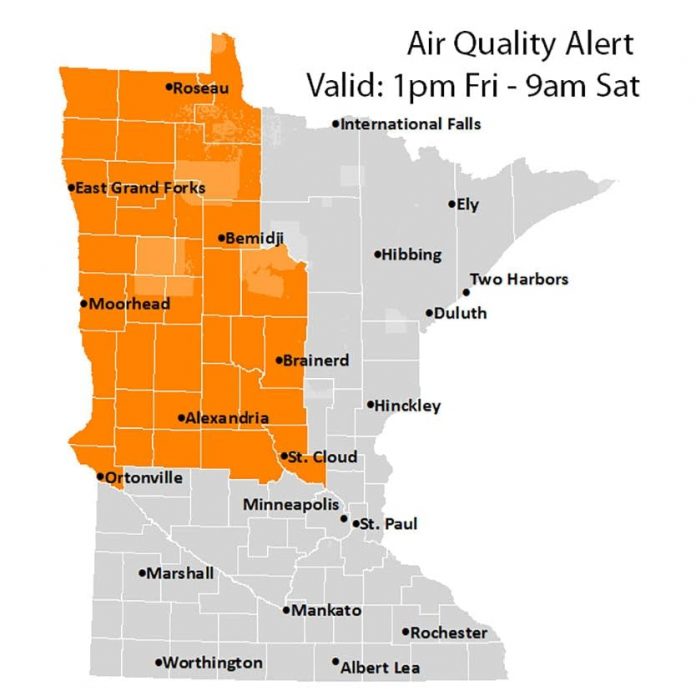 Smoke drifting south from wildfires in Ontario has prompted an air quality alert for much of central and northern Minnesota.

“Air pollution monitors in northern Minnesota are showing a rapid rise in fine particles with values exceeding an Air Quality Index value of 100, along with weather observations showing visibilities dropping to 1 to 5 miles due to smoke,” the MPCA reported.

The smoke plume was moving south and southwest as of Friday afternoon, with smoky conditions expected to last six to eight hours at any given location.