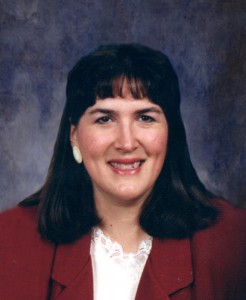 Funeral services for Barbara Stevenson of Morris, Minnesota, will be held on Saturday, July 28th, 2018 at 10:30 a.m. at First Lutheran Church in Morris, Minnesota with Reverend Dan Belgum-Blad officiating.  Visitation will be on Friday from 4 to 6 p.m. at the Pedersen Funeral Home in Morris and for one hour prior to services at the church on Saturday.  Burial will in Summit Cemetery in Morris.

Barbara Ann Stevenson, daughter of Robert and Harriet (Tomlin) Stevenson, was born October 14, 1956 in Morris, Minnesota, where she grew up and attended school.  Following high school, Barbara moved to Minneapolis, Minnesota where she worked as a Veterinary Technician.  In 1985, her daughter Marisa was born, and they returned to Morris where she drove for the Morris Transit and groomed dogs for people throughout the community.  In 1987, Barbara was diagnosed with multiple sclerosis, (MS). Barbara later attended University of Minnesota Morris receiving a Bachelor’s Degree in social work in 1991.  She began working at Stevens County Human services after graduation and worked there until her symptoms of MS made work too difficult.  She continued to live in Morris at home with her daughter.  In 2007, Barbara moved to the West Wind Village in Morris where she continued to live until the time of her death.

Barbara was a member of First Lutheran Church in Morris.  She loved animals especially horses and dogs.  She enjoyed riding horse, raising sheep, fishing, spending time outdoors and spending time with her family and friends.  Through the many years of Barbara living with MS, she always had a positive and upbeat attitude which remained to her final days.  Her family will always remember and cherish her outlook on life.

Memorial services for Barbara Stevenson are with Pedersen Funeral Home in Morris.