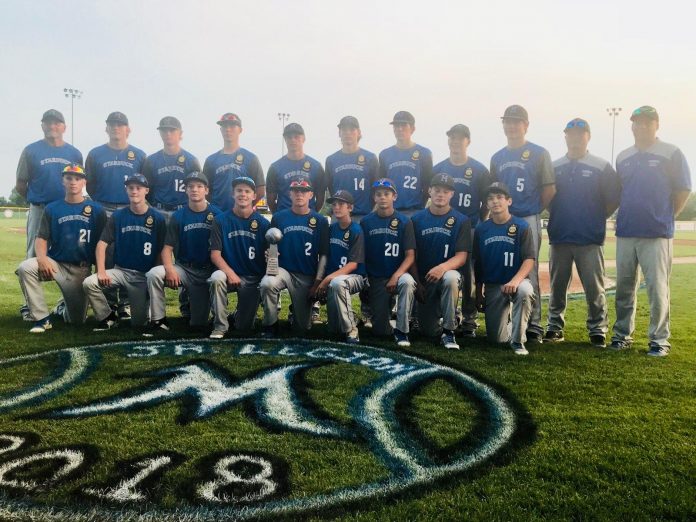 Starbuck 5, Tri-Town 4 (10 inn)
GLENWOOD – Dylan Jergenson’s walk-off RBI hit in the bottom of the 10th inning gave Starbuck a 5-4 win over Tri-Town, and with it the D2 West Central Sub-State Junior Legion baseball title, punching their ticket to the state tournament in Montevideo.

Aaron VerSteeg and Josh Kingery dueled for much of the game, keeping each team off the scoreboard until the bottom of the sixth when Starbuck was able to rally for four runs on three hits and a pair of Tri-Town errors.

Down to their final out with two on-base, Tri-Town returned the favor with three straight run producing hits in the seventh to tie the game at four, including a two-run double by Dawson Miller.

The game went into extras where each team missed on multiple scoring opportunities until Jergenson’s deep fly to left-center field went over the head of the outfielders and scored Jarred Freese to end it.

VerSteeg took a no-decision after tossing 7.2 innings, allowing four runs on nine hits with seven strikeouts, Darion Alexander got the win with 2.1 innings of scoreless relief. Freese finished 3-5 with two runs, Mason Blair was 2-4 and Starbuck will go into the state tournament August 10-12 in Montevideo.

Tri-Town got seven innings from Kingery who allowed four runs (two earned) on four hits and struck out 12. Shelby Schoen took the loss in relief, Josh Kinzler was 3-5, Miller and Hunter Buhr each had two hits.