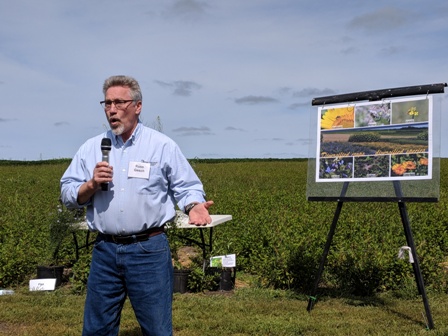 France, Italy and Germany are all using research on alternative crops being done by Morris scientists at the North Central Soil Conservation  Research Laboratory. Soils Lab plant scientist Russ Gesch explained during a 60th anniversary tour of the Morris facility that they study alternative crops to help diversify the crop rotations, to ease erosion problems, to limit the nitrates and nitrogen that gets in the groundwater, and to attract pollinators. Gesch noted that crops like cuphea (cuff-EE-ah) are used in the petroleum and cosmetics industries, with Aveda set to use the crop in a line of shampoos.