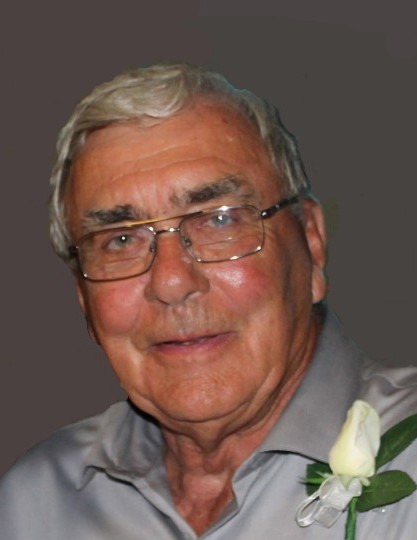 Allan Frederick Jahnke was born on February 15, 1937, in Oak Park, Illinois to Adolf and Melinda (Bartsch) Jahnke.  He was baptized on March 7, 1937, at St. John’s Lutheran Church in Forest Park, IL. He moved to Johnson, MN in 1947 and was confirmed at Trinity Evangelical Lutheran Church on May 27, 1951.  Allan attended high school at Dr. Martin Luther College in New Ulm, MN and graduated in 1955.  He was accepted to the University of Minnesota and graduated with a Bachelor of Science Degree in 1960.  After graduation from college, he entered into the US Army and served until 1965.

On December 28, 1963, Allan was united in marriage with Audrey Jean Amundson and was blessed with four sons. After the death of Audrey, Allan married Jeannette Louise Bellefeuille on November 28, 1998, and gained six additional sons. Allan lived and farmed in the Johnson, MN area most of his life.

When Allan was a young boy, he would ride the train from Chicago, IL to Johnson, MN to help his uncles farm.  It was during that time that his passion and love of farming began, which he lived and breathed throughout his entire life. Due to this profound love of farming, Allan believed he never had to work a day in his life. He also enjoyed golfing, fishing, and hunting – especially deer and pheasants.  He loved spending time with his family and enjoyed relaxing at the cabin on Stalker Lake in Dalton, MN.  Allan served on his local Township Board, Farm Bureau Board, Barry Elevator Board, and on the Trinity Evangelical Lutheran Church Council.

Allan was preceded in death by his wife, Audrey; his parents, Melinda and Adolf Jahnke; and a sister, Virginia Hallman.

Mundwiler and Larson Funeral Home of Graceville is in charge of the arrangements.