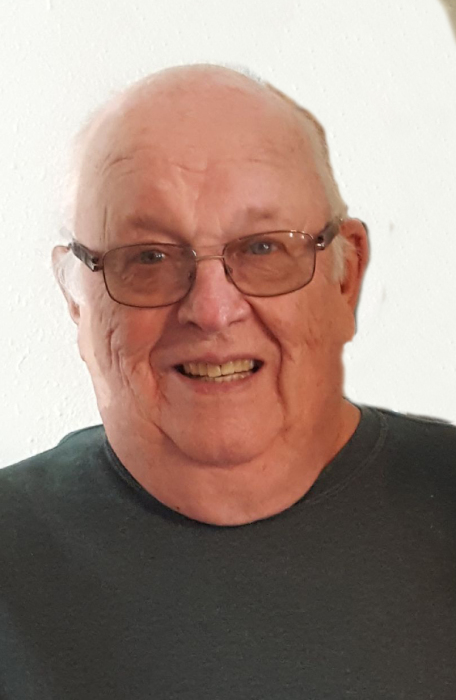 Interment will be at Peace Cemetery, Barrett, MN, with Military Honors by American Legion Post #351 of Barrett.

James Hagen Johnson was born on June 16, 1939, the son of James Benjamin and Inga (Hagen) Johnson.  He was baptized and confirmed in Immanuel Lutheran Church in Lien Township, attended Country School and then Barrett High School graduating in 1957.  After graduation he was employed with Barrett and Evansville Creameries until joining the US Army.

James and Sharolyn Jean Erickson were married on October 13, 1962, at Our Savior’s Lutheran Church in Barrett.  They made their home on the Johnson Family Dairy Farm, milking Holstein dairy cows and farming land to raise feed.  He retired from milking in 1982, cash rented his land and started with the Barrett Care Center.   James was head of housekeeping, maintenance and laundry and retired from the care center in 2004.  He enjoyed fishing, hunting, vegetable and flower gardening and his passion was raising Hosta’s.  He enjoyed family and his greatest joy was his two grandkids, Jimmy and Presley.  James had served on Barrett School Board, the Lien Township Board, and the Peace Lutheran Church Board.  He was a member of the Peace Lutheran Church and the Barrett American Legion.

He is survived by two children, David (Rhonda) of Fargo and Jane (David) Coffey of Ottertail; two grandchildren, James “Jimmy” Johnson and Presley Johnson; four step-grandsons, Nicholas and Noah Coffey, and Chris and Josh Stallard; four sisters, Joanne (Dave) White of Omaha, Neb., Norma (Terry) Petersen of Wasburn, ND, Gloria ( Harlow) Ostenvik of Watertown, SD and Vivian ( William) Kranzler of Moorhead; and by special nieces, nephews, great-nieces, great-nephews, relatives and friends.  James was preceded in death by his wife of 53 years, Sharolyn on May 17, 2016, and his parents, James and Inga Johnson.

Erickson-Smith of Elbow Lake is in charge of the arrangements.