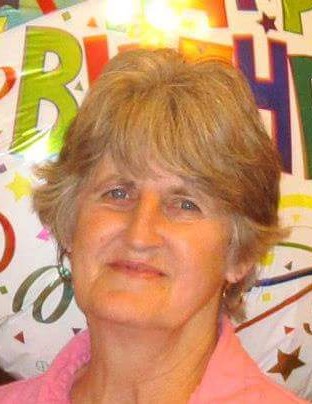 Funeral Service for Loretta Gelling will be held on Friday, August 17, 2018, at 11:00 a.m. at Grace Evangelical Free Church in Elbow Lake.

Interment will be at 4:00 p.m. Friday at the Maple Grove Cemetery by Brainerd.

Loretta Jean Gelling was born on March 1, 1945, in Brainerd, Minnesota, to Harlen and Alvina (Palmer) Britton. She was baptized in Pelican Lake, at the Bankston Beach by Ashby, by Pastor Steve Quernemoen. Loretta attended Riverton, Franklin, and Washington Schools, all in Brainerd, MN. Loretta and John Gelling were married on June 1, 1968, in Brainerd, MN. They built their love while living in Granite Falls, Erdahl, Ashby and then started settling in Hoffman in 1993. She worked at A&W and the Golden Grill, both in Brainerd. While raising her family she worked at Farmers Produce in Ashby, Mendelson’s Hatchery in Elbow Lake, Haapco and then for REM, both in Hoffman. After retirement she worked at Hans House in Elbow Lake up until her diagnosis. She was a woman of talent. She enjoyed baking, cooking, gardening, horticulture, sewing, crafts, scrapbooking, music and dancing. She, as a child, always ran barefoot. She was so strong and never a quitter, right up to the end. Loretta was an active member of Grace Evangelical Free Church, with the Ladies Group, she sang in the choir and served with AWANA.

Erickson-Smith Funeral Home in Elbow Lake is in charge of the arrangements. 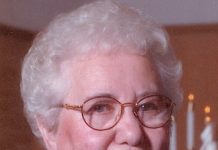