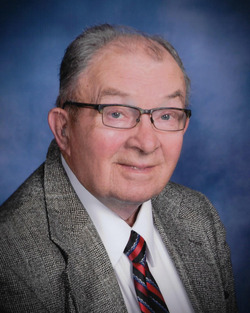 Kenneth Marvin Glimsdal was born April 12, 1942 in Appleton, Minnesota, the son of John and Ellen (Freeman) Glimsdal.  He was baptized and confirmed at Zion Lutheran Church in Appleton.  Kenny was raised on the home farm in Hegbert Township.  He attended Appleton High School, graduating Class of 1960.  On September 19, 1964 Kenny was united in marriage to Judith Ann Kirgues at First United Methodist Church in Appleton.  This union was blessed with over 53 years together and five children: Todd, Troy, Tammy, Trudy, and Tracy.

Ken farmed in Hegbert Township for over 50 years.  He and Judy moved to Appleton in 1994, but he continued to work on the farm until retiring in 2012.  Over the years Kenny was involved with many organizations…he was a member of the Appleton Jaycees, Ridge Runners Snowmobile Club, Trail Blazers Saddle Club, a club Leader for Hegbert Winners 4-H Club, Lac qui Parle Valley High School Board, Appleton Lions Club, Glacial Plains Co-Op Board of Directors, and First United Methodist Church Trustee.  Ken also portrayed Santa Claus for the Appleton Chamber of Commerce for over 25 years!  He and Judy were also long-time foster parents.    Kenny enjoyed woodworking projects, having coffee with friends, spending time with his dogs, and most of all being with his family, especially his grandchildren.  Ken was patient, quiet, kind, gentle and helpful…someone everyone liked.  He will be greatly missed.