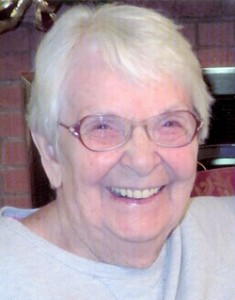 Mona was born January 22, 1929 in Wheaton, Minnesota to Gustav and Elphild (Lundquist) Opp. Mona graduated from Wheaton High School in 1947.  She was united in marriage to Harold “Kayo” Schaffer in 1948. Mona worked at the Wheaton Clinic. In 1999 the couple moved to Alexandria, Minnesota.   She enjoyed being a mom, grandmother and great-grandmother.  Mona took pleasure in shopping, eating out and being with family.

The Bainbridge Funeral Home of Wheaton, Minnesota is in charge of arrangment