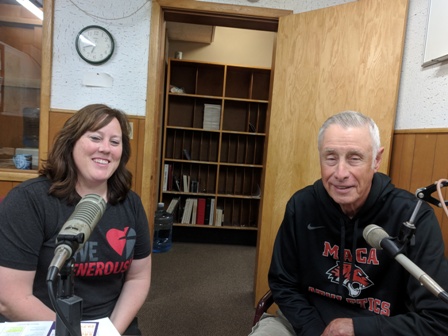 An Alzheimer’s Support Group has been formed in Morris, to deal with the illness that is the 6th leading cause of death in Minnesota. The group is being facilitated by Dena Carbert, director of the Courage Cottage, and Neal Hofland, a caregiver whose wife has had dementia for about a decade. At the time of her diagnosis, Hofland told the KMRS Early Morning Show that he was frustrated by the lack of support in Stevens County for people dealing with the disease.

Through a support group he found in Alexandria, Hofland found out about dementia and how to deal with the three stages of the illness.

Carbert said the support group is there to provide any information and help that patients or caregivers may need.

The Alzheimer’s Support Group will meet the second Monday of the month at Courage Cottage in Morris from 5:30 to 7 p.m., with the next meeting scheduled for Monday, September 10.