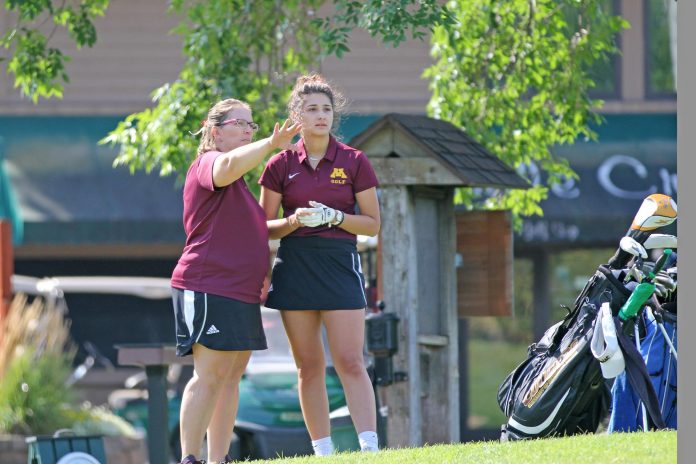 GOLF
Cobber Invite
DETROIT LAKES, Minn. – The Minnesota Morris men’s and women’s golfers spent the weekend in Detroit Lakes competing at the two-day Cobber Invite at Wildflower Golf Club. The women finished in sixth place while the men did not have enough golfers to compile a team score.
The Cougars were the lone UMAC school competing in the event with five MIAC schools and a team from Minnesota State-Moorhead. St. Catherine won the team event with a two-day score of 657, five shots ahead of Saint Benedict. UMM put together a score of 772.
Payton Sierra was the top Cougar golfer on both Saturday and Sunday. She shot a 97 Saturday and was 10 strokes better Sunday with an 87 for a two-day total of 184. Meghan Foley was five shots more than Sierra with a 189. Rounding out the Cougar scorecard were Brynn Combs (200), Kaya Quinn (207), and Brittany Lormis (214).
Competing for the Cougars on the men’s side were Kyle Och and Orion Collins. Och carded dual 84s, good for a two-day total of 168 while Collins was just two shots behind at 170.
Minnesota Morris is back on the course Friday for a dual with Martin Luther at Oakdale Golf Club in Buffalo Lake.

WOMEN’S SOCCER
Concordia-Moorhead 8, UMM 0
MORRIS, Minn. – The Minnesota Morris women’s soccer team played their third MIAC opponent of the week Sunday as they hosted Concordia-Moorhead Sunday at the Cougar Soccer Field for a non-conference matchup. The Cobbers scored six first half goals en route to an 8-0 win.
Concordia scored half of their goals within the game’s first 20 minutes. Karsen Granning tallied three of those scores.
Megan Tschida and Bailey Tschida each made five saves for the Cougars. Minnesota Morris (0-4) opens UMAC play Saturday at North Central.

MEN’S SOCCER
UMM 0, UW-Whitewater 0
MORRIS, Minn. – Minnesota Morris and Wisconsin-Whitewater ran up and down the field for 110 minutes, but each goalkeeper was stout in not letting in goals as the two teams played to a scoreless draw in non-conference men’s soccer action Sunday at the Cougar Soccer Field.
Cougar netminder Jake Peterson was superb in goal for UMM as he faced 33 shots and made 10 saves.
The Cougars had a scoring opportunity in the 103rd minute when Jake Alessio’s shot was saved by UWW goalkeeper Toney Anderson. Minnesota Morris (0-4-1) starts UMAC play Saturday at North Central. 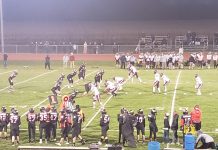 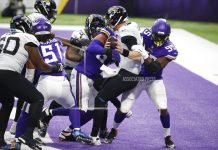