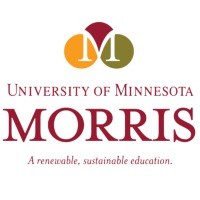 This fall the University of Minnesota Morris welcomes Distinguishing Visiting Professor in the Liberal Arts Allan Kellehear, an expert in end-of-life care.

Kellehear, a 50th Anniversary Professor of End of Life Care at the University of Bradford in England, will teach a two-credit interdisciplinary course, Perspectives of Death & Dying, this semester. Kellehear will also give his first public lecture, “Mystical Experience@Death: A Politics of Knowledge,” 7 p.m.  Monday, September 17 in Humanities Fine Arts, Recital Hall. A reception will follow.

In his lecture, Kellehear will offer an introduction to the main debates on the meaning of unusual “mystical” experiences near death. While in the last half-century contemporary neuroscience writers have identified near-death experiences, deathbed visions, or visions of the bereaved, as evidence of abnormalities near-death, New Age movements have embraced them as “evidence” of personal survival over death. Kellehear will take a look at what these experiences mean as well as academic research in the field. Kellehear will deliver a second public lecture on Monday, November 12, at 7 p.m. Imholte Hall 109.