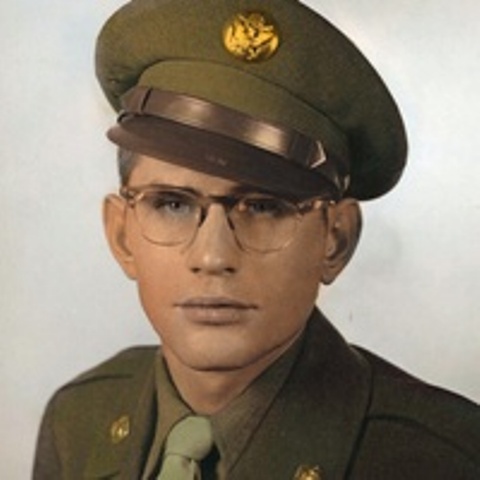 Mass of Christian Burial will be Tuesday, September 18, at 11:00 a.m. at the Holy Rosary Catholic Church in Graceville, MN, with Father David Breu officiating.  Music will be provided by organist Deb Farwell and vocalist Michael Ledman.

Visitation will be Monday from 5:00 to 7:00 p.m. followed by a prayer service at 7:00 p.m. at the church and will continue Tuesday morning one hour prior to the service.  The Eggers Funeral Home in Rosholt, SD, is in charge of the arrangements.

Henry Joseph Powlish was born April 18, 1930, to Frank and Agnes (Polensky) Powlish in Dickinson, ND.  He was baptized and confirmed at Sts. Peter and Paul Catholic Church in New Hradec, ND. He attended Catholic school in New Hradec. On September 27, 1951, Hank enlisted in the U.S. Army and served in the Korean Conflict.  He was honorably discharged September 24, 1953. He received the Korean Service Medal with 3 Bronze Service Stars, the United Nations Service Medal, and the National Defense Service Medal for his service.

Hank married Sonja E. Parrish at Holy Rosary Catholic Church in Graceville in 1958.  He farmed in the Graceville and Barry areas, built highways, and raised his family. In 1989 Hank retired. After he retired he spent his time mowing lawns in the Browns Valley area and helping others.  He married Kathleen Carlson on April 7, 2000.

Hank was preceded in death by his brother, Vincent.