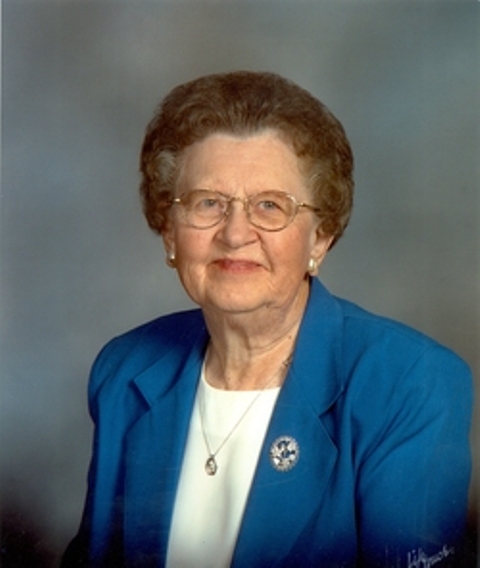 Visitation for Dorothy Fabian will be held Tuesday morning one hour prior to service time at the church.

Funeral Services for Dorothy Fabian will be held Tuesday, September 18, 2018 at 11:00 a.m. at Bethel Lutheran Church in Herman with Rev. Irving Arnquist officiating. Organist will be Olivia Richards with special music by Greg Sperr.

Dorothy Mae Kjorness was born March 13, 1926 to Thorvald and Mabel Kjorness. She graduated from Herman High School in 1944. She married Erwin Fabian September 14, 1945 at the parsonage in Elbow Lake, Minnesota. To thus union three daughters were born: Diane, Sharon and Kathy.

Dorothy enjoyed doing daycare for several families over the years. She was involved in her church circle and legion auxiliary. She also enjoyed having coffee with friends.

The Bainbridge Funeral Home of Herman, Minnesota is in charge of arrangements.