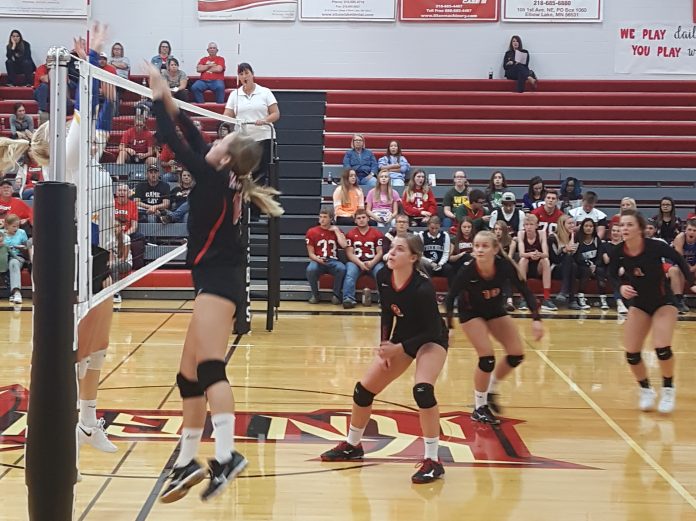 Rothsay 3, West Central Area 2
BARRETT – Rothsay battled back to take the last two sets, earning a thrilling five-set win over West Central Area in volleyball on Monday 25-23, 30-32, 16-25, 25-21, 16-14.
The night was highlighted by the marathon second set, in which both teams held match-point multiple times, but the Knights prevailed after blowing an early nine-point lead.
The other four-sets had back-n-forth drama, including the fifth, where the Knights rallied to tie at 14 after trailing 13-7, but the Tigers responded with a pair of aces for the win.
Hailey Bennett had a triple-double for the Knights with 19 assists, 11 digs, and 10 kills with four aces, Morgan Woodle had a double-double with 16 kills and 25 digs and three aces, Kaitlyn Sanstead tallied 48 digs, and Kaylyn Ulrich added 15 digs with 10 kills for the Knights who fall to 3-6. The Tigers improve to 2-9.