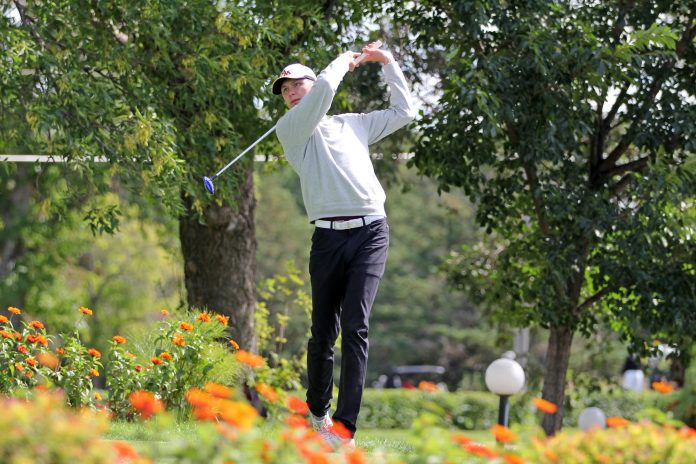 MEN’S GOLF
FERGUS FALLS, Minn. – The Minnesota Morris men’s golf team had a busy start to their week competing at events on Sunday and Tuesday.

Sunday, the men took part in the Spartan Invite hosted by Minnesota State Community and Technical College at Pebble Lake Golf Club in Fergus Falls. The Cougars finished behind two teams from the Spartans.

Orion Collins was the lone Cougar male to compete Tuesday at the NCU Invitational in Falcon Heights and he represented the team rather well. His score of 76 was good for a fifth-place tie among 33 golfers.

With Thursday’s home Cougar Invitational postponed due to rain, the Cougars are next scheduled to compete September 28-29 at the Viking Invitational in Hutchinson and Buffalo Lake.

St. Scholastica bested the six-team field with a team score of 383. The Cougars were safely in second with 402 with Bethany Lutheran carding a team score of 427 for third place.

With Thursday’s Cougar Invitational postponed due to rain, the Cougars are next scheduled to compete Tuesday at the Northwestern Invitational in Minneapolis.