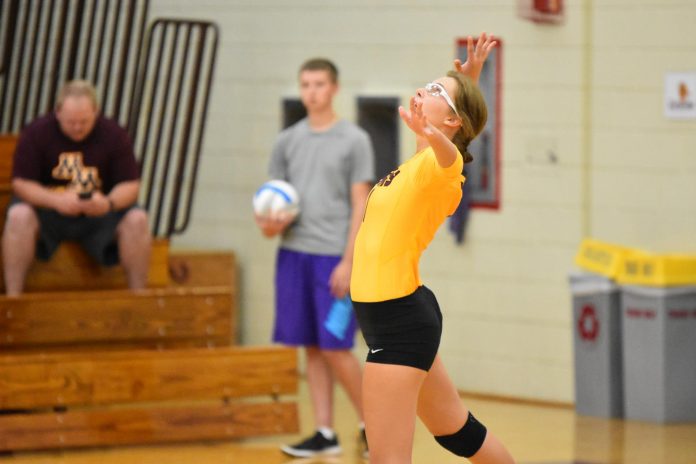 After UMM easily won the first two sets, Crown gave the Cougars a battle in the third. Crown led 9-7 before three straight from the Cougars gave them a 10-9 edge. Brenna Tinjum was responsible for all three points as she started the stretch with a kill then delivered two straight aces. The Cougars later added a four-point run to extend their lead to 19-13. Alyssa Ukestad added back-to-back aces to extend UMM’s lead to 22-14. Crown scored six of the next seven points to stay in the match however kills from Kylee Hansen and ShaeAnn Nelson ended the set and the match in favor of the Cougars.

Minnesota Morris (13-8, 8-2 in UMAC) next travels to Minneapolis Saturday for a match at North Central.

MEN’S SOCCER
ST. BONIFACIUS, Minn. – For the second time in less than a week, the Minnesota Morris men’s soccer team gained a one-goal victory over Crown. Chase Gray scored both goals in the 2-1 victory in UMAC action in St. Bonifacius.

Crown cracked the scoreboard first as Storm Heyer scored on a penalty kick goal in the 25th minute. Chase Gray scored the first of his two goals of a corner kick to gain the equalizer in the 34th minute.

The game would remain at 1 a piece until the waning minutes. Jake Alessio fed Gray with a pass that he put into the net for a 2-1 Cougar lead in the 84th minute. Crown had a pair of chances in the final minutes, but neither shot was on net.

Jake Peterson made two saves in net for the Cougars.

WOMEN’S SOCCER
ST. BONIFACIUS, Minn. – Last week in Morris, the Minnesota Morris women’s soccer team posted a shutout win over Crown. Tuesday night in St. Bonifacius, the result was reversed as the Cougars fell, 3-0, to the Storm in UMAC action.

The Cougars held a 10-2 shot advantage over the Storm in the first half, but nothing got by the Crown goalkeeper and the game was scoreless at halftime.

Crown would crack the scoreboard first in the 58th minute and they would add two more within the next 20 minutes to gain the edge.

Bailey Tschida made six saves in net for the Cougars.

Minnesota Morris (3-7, 3-3 in UMAC) next travels to Mankato to face Bethany Lutheran Saturday.