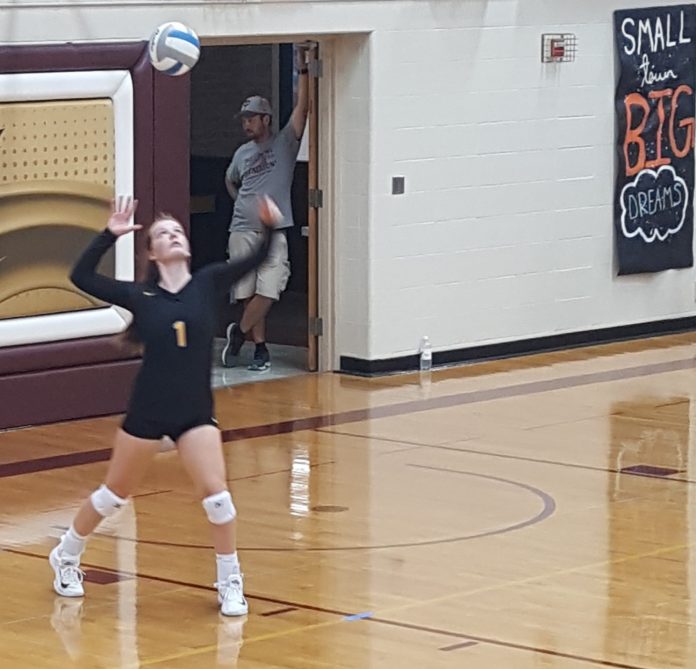 Bailey Schaefer tallied 27 kills, none more important than the winner to clinch the match in the fifth-set, Brittany Korkowski added 11 kills, and Madison Quinn had 44 assists for the Chargers who have won nine straight matches and are 9-0 in conference play, 13-4 overall.

The big news for the Wolverines though was the loss by rival Wheaton/Herman-Norcross, which means CGB has clinched their second straight Pheasant Conference title.

The Wolverines are now 18-3 overall, and although this was a non-conference match, their 7-0 conference record was enough to clinch with the Warriors loss to Ortonville, dropping them to 5-2 with just one conference match left.

Morgan Woodle and Ellie Herman combined for 15 kills with 16 digs, and the Knights improve to 9-11-1 overall, 4-4 in the Pheasant Conference.

Hancock has lost three straight, dropping to 1-17 overall, 0-8 in conference.

Perham won for both the boys and girls.