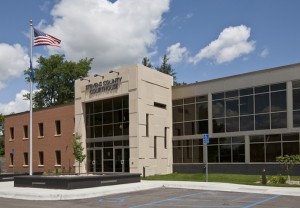 Charges have been filed in the 8th Judicial District Court against Steven Allen Banken of Chokio for an incident that occurred Monday evening during a welfare check at a Chokio residence. According to the criminal complaint, police responded to a report that the defendant was possibly suicidal. When the police arrived, they came upon Banken and another man in the garage. When the defendant saw the officer he pointed a pistol at the officer. After repeated warnings to drop the weapon, the other man grabbed the gun and forced it down.

Banken is being charged with the felony crime of assault in the first degree – use of deadly force against a peace officer, while a second felony charge is for assault in the second degree with a dangerous weapon.There’s also a gross misdemeanor charge of obstructing a legal process/interfering with a peace officer. The first degree felony charge carries a maximum sentence of not less than 10 years, nor more than 20 years in prison and/or a $30,000 fine.