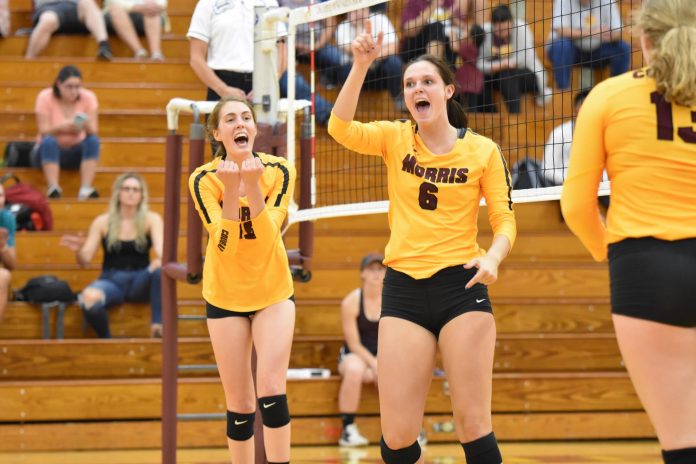 Trailing in the first set, 6-5, UMM used a 5-0 spurt to gain an edge they would not relinquish. The lead was still four later until a 6-0 run gave the Cougars a 23-13 advantage. Rachel Mathias smashed three kills in the run that helped gain the Cougars the set.

Northland took a 17-14 lead in the second set before a 4-0 Cougar run gave them the edge. Hannah Godzala back-to-back kills gave UMM an 18-17 lead. Multiple kills from Morgan Miller closed out the set that gave UMM a 2 sets to 0 lead.

Three big Cougar runs helped them clinch the match in the third set. Kills from Mathias and Brenna Tinjum ended the match in favor of the Cougars.

Minnesota Morris (15-9, 10-3 in UMAC) remains up north for matches with St. Scholastica and St. Olaf Saturday in Duluth.