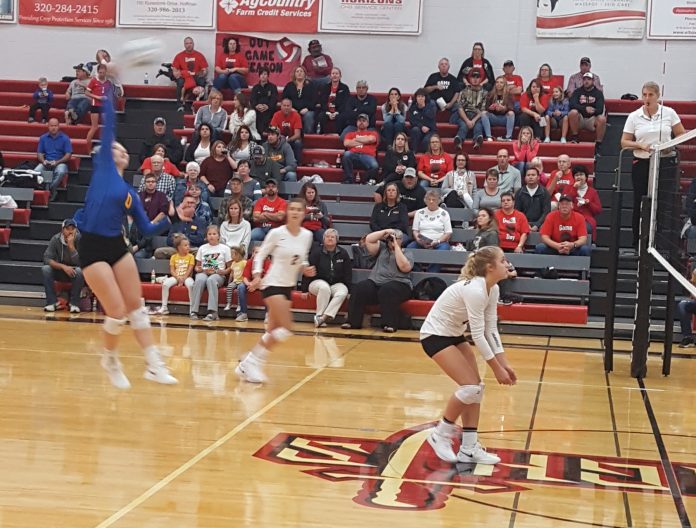 After controlling the first set start to finish, the Warriors fought hard to hang around in the second set, eventually pulling out a 33-31 win.

Sara Jacobson led with 12 digs and Madison Quinn tallied 49 assists for the Chargers who are 16-6 overall, the Warriors fall to 12-7.