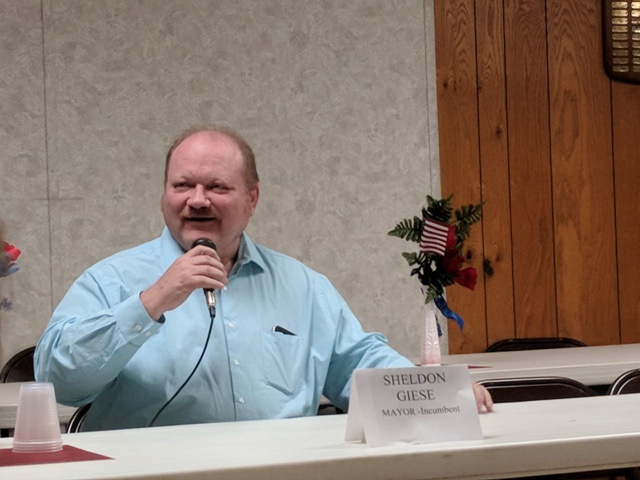 Also at the Candidates Forum this week was the mayor of Morris, Sheldon Giese, who is running for a fourth term. His opponent, Alison Lisbeth Marie, was recently charged with felony drug possession in judicial court. She was absent from the forum, though Stevens County Attorney Aaron Jordan told KMRS that she had posted bail earlier that day.

Giese, an accountant with West Central Environmental Consultants, would like to see Morris continue on its Green energy initiatives of the last few years.

Giese also said he would support the expansion of Crazy Days in July to help businesses during the summer, as the Prairie Pioneer Days celebration moves to September next year.