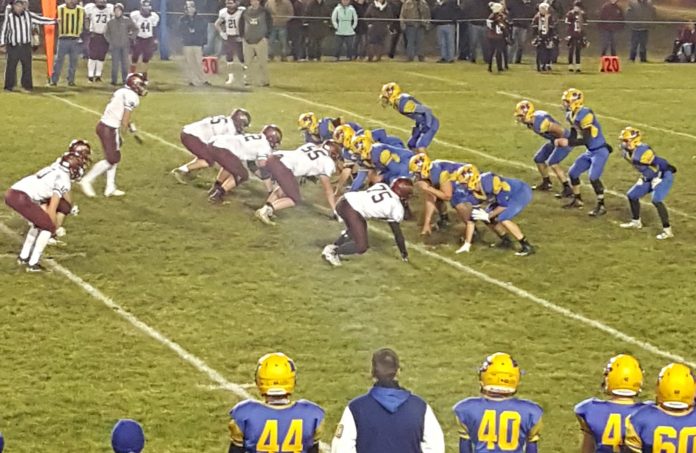 Section 4 (9-Man) Playoff Matchups
After meeting in the regular season finale, the Hancock Owls won’t have to wait long for a chance to avenge a 40-20 loss to Brandon-Evansville, as the two will meet in the section 4 (9-Man) quarterfinals, but this time in Hancock.

The Chargers (4-4) impressive win on Wednesday night helped them earn the fifth-seed after going into the night with the possibility of dropping to no. 7.

The Owls (5-3) had a chance at the three-seed with help, instead earned the fourth-seed, but with it a chance at revenge. The game will be at 6:00 on Tuesday and can be heard on 95.7 KKOK.

The winner will likely be tasked with facing defending section champion and top-seed Verndale. The Pirates (8-0) are heavy favorites in their quarterfinal matchup against Onamia (0-8).

Underwood is the second-seed and host seventh-seed Clinton-Graceville-Beardsley. The Rockets (7-1) routed the Wolverines (3-5) in the season opener 42-0, but CGB is much improved and should provide a much better challenge the second time around.

Wheaton/Herman-Norcross grabbed the third-seed and will stay home to face sixth-seed Bertha-Hewitt.