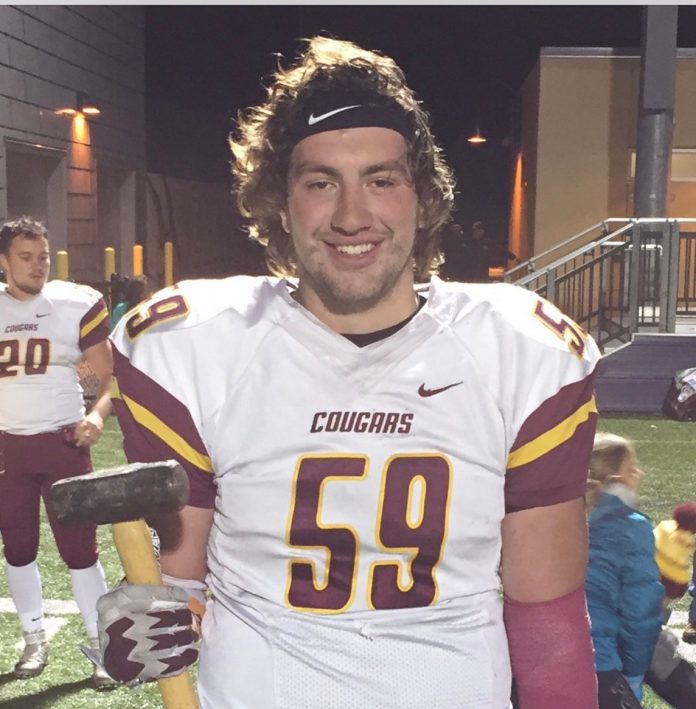 Gehlen is second in the Upper Midwest Athletic Conference with 11.5 tackles-for-loss this season, trailing only the NCAA leader in MacMurray’s Javon Muhammed who has 23.

The MIAC school was in control offensively throughout. They tallied their first goal just before halftime in the 43rd minute. St. Olaf’s Folarin Bandele scored both of the Oles’ goals in the second half with goals in the 56th and 72nd minutes.

Despite allowing three goals, Jake Peterson made a season-high 12 saves in net for the Cougars.

Minnesota Morris (6-10-3) concludes the regular season with a home game Saturday against UW-Superior at 1 p.m. at the Cougar Soccer Field.

VOLLEYBALL
MORRIS, Minn. – Eight days ago, the Minnesota Morris volleyball team traveled to Moorhead and gave Concordia a five-set setback. In the rematch Tuesday at the PE Center, the Cobbers turned the tables and handed the Cougars a 3-0 defeat (25-21, 25-22, 25-22) in the home and regular season finale for the Cougars.

The Cougars jumped out to an 8-2 lead in the first set. Concordia though went on a 10-4 spurt to tie the stanza at 12. The Cobbers took a 15-13 lead and held a slight edge throughout the remainder of the set.

Concordia led throughout most of the second set. The Cougars extended the set by winning four straight, but the Cobbers closed out the stanza with a kill to take a 2 sets to 0 lead.

The third set was tight throughout with neither team leading by more than two until a five-point Cobber spurt gave them a 21-16 lead. UMM again scored four straight to stay in the match, but the Cobbers would close out the set and the match.

Minnesota Morris finishes the regular season with a 20-11 record and 13-3 mark in the UMAC. They have qualified for the conference tournament and await results of the remaining contests to determine when and where they will be playing next week. Stay tuned to morriscougars.com for the latest updates.