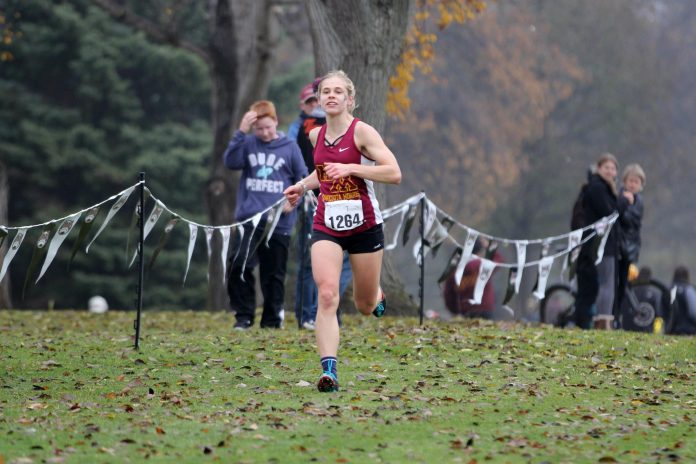 For both Anderson and Barnack, this marks their first inclusion on the all-conference team.

Anderson was contention for an individual crown on Saturday. His runner-up time of 26:28 was just 17 seconds behind St. Scholastica’s Isaac Boedigheimer who claimed the individual title.

While Anderson received All-UMAC First Team honors, Barnack ran an All-UMAC Second Team race on Saturday as his time of 27:38.4 was good for 13th place.

For Novak, this is her third time representing UMM on the all-conference team. Sophomores Paige Stearns and Kaitlyn Ladwig earned recognition for the first time with top ten finishes.

Novak is repeat performer as an All-UMAC First Team runner. This follows a Second Team nod in 2016. She has consistently improved during her four years and it culminated in a UMAC individual championship on Saturday. Her time of 23:29.3 outdistanced the field by 25 seconds.

Stearns and Ladwig were the top performers from that tier as they had ninth (24:51.5) and tenth (24:52.2) place finishes, respectively.