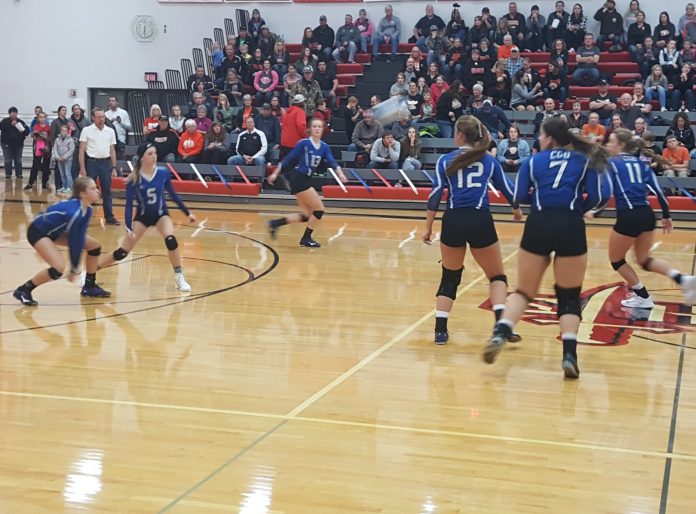 The Tigers were cruising in the first set when a rally by the Eagles cut their deficit from 10 to five, but after a timeout the Tigers regrouped and took four of the last five points.

The two teams had a tight battle in the second set until the Tigers pulled away by taking 15 of the last 20 points. Then in set three tied at 18, the Tigers scored four straight and held on for the win.

The Tigers have won eight straight and are 18-7 on the year. They face Paynesville for the sub-section title at 7:00 on Thursday from Minnewaska Area high school.

Halle Jansen led the Eagles with 14 kills, four blocks and two aces for the Eagles who end the year 18-10.

Reanna Ward and Mataiah Turner each had four blocks for CGB who is 25-4, and will face 6A-North champion NY Mills on Saturday night for the section title, 7:00 in Fergus Falls.

Bailey Schaefer had eight kills and three aces for the Chargers, Mikenna Pattrin had seven kills and Madison Quinn recorded 22 assists as their season ends with a 20-7 mark.