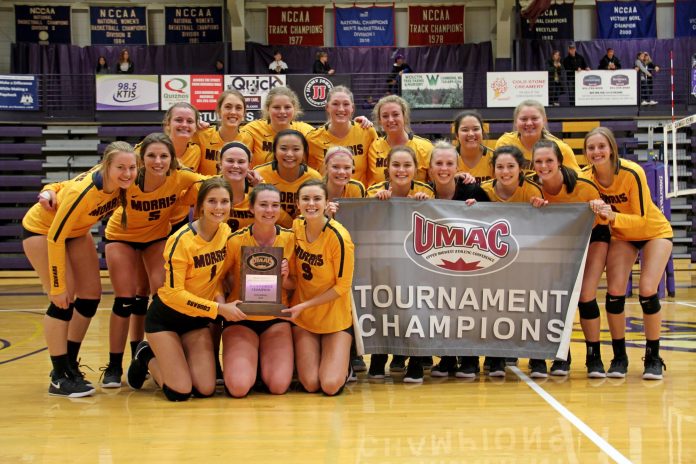 VOLLEYBALL
ST. PAUL, Minn. – In each of the past five seasons, the Minnesota Morris volleyball team was on the verge with winning an Upper Midwest Athletic Conference (UMAC) Tournament championship only to be defeated by Northwestern every time. That streak came to an end Saturday night in St. Paul. The Cougars topped Northwestern, 3 sets to 1 (25-18, 16-25, 25-19, 25-17), to claim the UMAC championship and earn the program’s first bid to the NCAA Tournament.

It was an extra historic night for the Cougars. In addition to the UMAC championship, junior Layne Herrmann became the Cougars’ all-time leader in assists. She surpassed Beth Ploof’s record of 3,364 career assists. Herrmann’s career total now stands at 3,371.

The Cougars came into Saturday’s match riding some momentum after coming back from a 2 sets to 1 deficit at UW-Superior Wednesday in the UMAC semifinals. They jumped out to a 6-3 lead in the first. Northwestern would come back to take a 13-12 after a 4-0 run. The Cougars countered with four straight to regain the edge at 16-13. Later a 5-0 spurt ending with a Tori Everson service ace gave UMM a 24-16 lead. Brenna Tinjum closed out the set three points later with a kill.

After Northwestern tied the match with a second set win, the Cougars raced out to an 8-3 lead in the third. Northwestern pulled within one at 12-11 until kills from Tinjum and Whitney Schwartz stretched the lead back out to three at 15-12. An Eagle 4-0 run gave them a 17-16 lead. Another well-timed kill from Tinjum ended a 3-0 Cougar run that gave them a 21-18 lead. Rachel Mathias started a set-closing 4-0 run that gave UMM a 25-19 set win and 2 sets to 1 advantage.

In the team’s second match against Northwestern this season, the Eagles came back from a 2 set to 0 deficit to claim a five-set win. The Cougars were determined to not let that happen Saturday night despite falling behind 5-0 to start the fourth set. The Cougars scored nine of the next 10 points to take a 9-6 lead. Northwestern pulled even with the Cougars at 11 before kills from Mathias and Tinjum gave the Cougars a lead they would not relinquish. A Tinjum ace ended a 3-0 Cougar run that gave them a 17-13 advantage. Later a 4-0 spurt gave them a 22-16 lead. On the brink of winning a championship, Everson delivered a service ace and Tinjum ended a long rally with a kill that sent the Cougar bench onto the court in celebration of a tournament championship.

Saturday marked the Cougars’ first victory over Northwestern since 2013. To get a win, it was about changing the mindset.

“Tonight we came in and had a good vibe and we were really positive,” said Herrmann. “We knew we had to change our mindset from past matches with them and this time we were thinking ‘we’re not trying to beat them, they’re trying to beat us. This is about us and it’s not about them.’ I think tonight we came out and showed them what we could do.”

You can find out when, where, and who the Cougars will be playing in the NCAA Tournament Monday at 11:30 a.m. for the NCAA DIII Volleyball Selection Show on ncaa.com.

FOOTBALL
DULUTH, Minn. – The Minnesota Morris football team hit the road for the final time in 2018, traveling to the north shore to face St. Scholastica in Duluth. The Saints jumped out to a big halftime lead and took a 47-16 win from the Cougars in UMAC action.

The Cougars came into the contest tied for eighth in the nation in turnovers gained with 24 and they would add to that total on the first drive of the game. Jared Oviok intercepted a Zach Edwards pass at the UMM 36 to halt the opening drive.

UMM kept the Saints off the scoreboard on the next drive when Nathan Gehlen blocked his fifth kick of the season, this one a 36-yard field goal, to keep the game scoreless.

CSS was able to crack the scoreboard later in the first quarter. Aaron Olson made a nice one-handed catch in the corner of the end zone for an 11-yard touchdown grab. Christian Rund added an eight-yard touchdown reception towards the end of the quarter for a 14-0 lead.

St. Scholastica added three scores in the second quarter to take a 34-0 lead into the halftime locker room.

Minnesota Morris was able to find the end zone in the fourth quarter. Justin Masloski found Branden Carlson for a 20-yard touchdown at the end of an 11-play, 78-yard drive. Later in the quarter, Brady Jergenson forced a fumble that was recovered by Marcos Luna at the CSS 16. On the next play, Masloski and Carlson connected again for a touchdown.

Masloski threw for 138 yards and rushed for 64. Carlson caught five balls for 69 yards.

Minnesota Morris (2-7, 2-5 in UMAC) closes out the regular season next Saturday with a home game against Greenville.

SWIMMING & DIVING
MORRIS, Minn. – The Minnesota Morris swim/dive team began their 2018-19 season with a home dual against Concordia-Moorhead at the Cougar Pool. The Cougars took first place in nine of 13 events in earning a 143-87 victory.

In the diving end, senior McKenna Vininski had a pair of first place performances. She bested her competition by nine points in the 1-meter dive with a score of 179.10. She then totaled 176.65 in claiming the 3-meter competition.

Minnesota Morris heads west for their next competition, Friday at Northern State in Aberdeen, S.D. 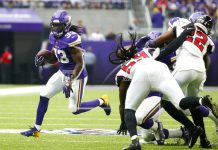 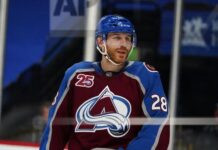 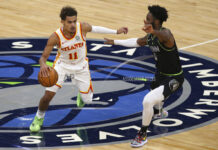