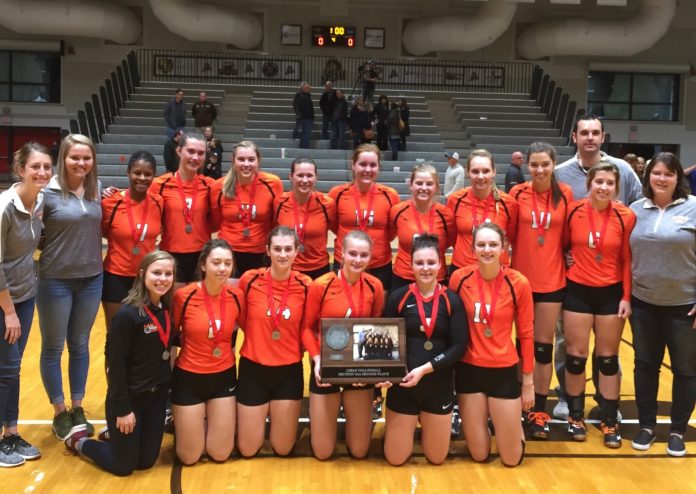 The Tigers fell into deep deficit to start each set, but were able to trim a 10-point deficit down to just two in the first, before Marshall scored three of the last four points to win.

In set two the Tigers got behind 10-3, and 10-2 in the third set, unable to mount a comeback in either one.

It’s the second year in a row the Tigers season ended to Marshall in the section title match. Their final record is 19-8, Marshall is now 27-5 and advance to their 28th state tournament.