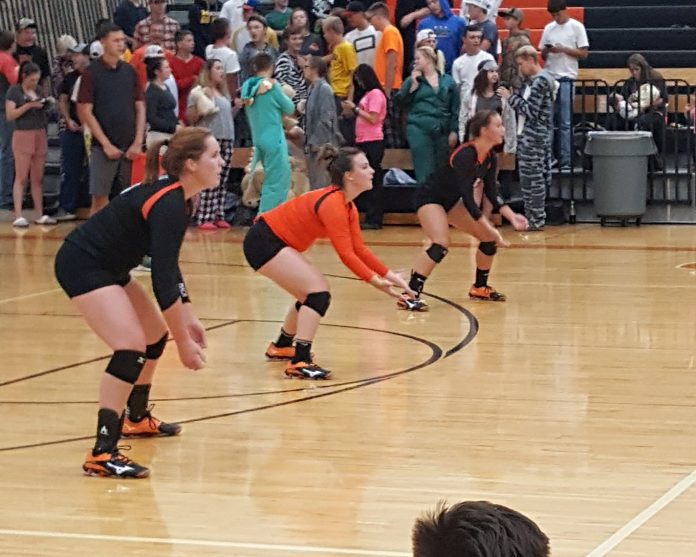 Decker, Pew, and senior Bailey Marty were each named All-Conference, sophomore Kenzie Hockel earned Honorable Mention for the Tigers who finished the year 9-5 in conference play and tied for third.

Decker wraps up a career as a the libero of four Tiger teams that reached the section championship, two of which went on to the state tournament.

Decker led the Tigers with 444 digs on the season, 36 service aces, and was third with a 93.7 serve percentage. The Tigers record since Decker became the primary libero is 92-22.

Decker’s 444 digs means she reached the 2,000 dig milestone against Marshall in the section championship, finishing with 2,006 for her career.

Hockel finished her sophomore campaign as the team leader with a 95.1 serve-in percentage, third with 162 kills, and third with 11 blocks.

Four Tigers also earned All-State Academic honors for having a GPA 3.8 or higher, including Decker, Marty, Dietz, and Jen Solvie.

The West Central Conference MVP went to BOLD’s Makenna Steffel, and Setter of the Year was the Warriors McKayla Snow.