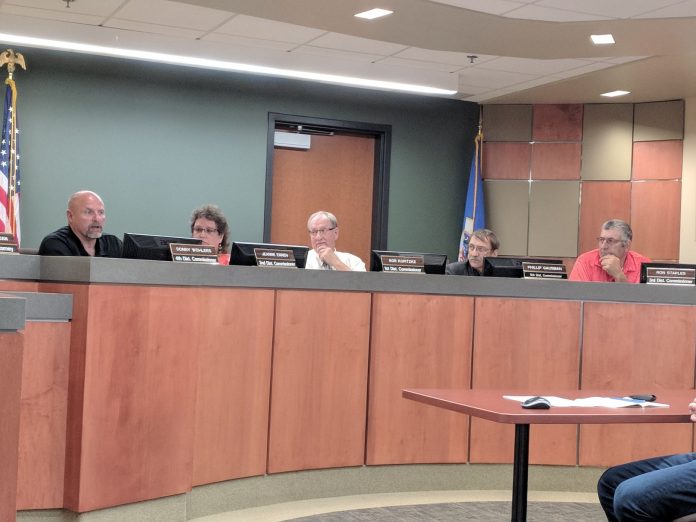 The Stevens County Board of Commissioners had a public discussion of the proposed biogas pipeline project at their meeting this week at the Stevens County Courthouse. The project seeks to insert compressed natural gas into a pipeline system for local consumption. The companies seeking to build the pipeline have petitioned Stevens County for a Right of Way Ordinance to allow them to build. If allowed, it would be the first such project in the state of Minnesota.

Commissioner Jeanne Ennen admitted the Commissioners are almost totally ignorant of pipeline issues and expressed concern about their ability to effectively manage it.

But County Coordinator Rebecca Young noted that many local representatives want the pipeline controlled at the local level. Young also said that since there is a petition for the Right of Way, the County Commissioners have no choice but to hold public hearings on the ordinance.

Those public hearings are scheduled for 7 p.m. Thursday, November 29 and 7 p.m. Monday, December 17. Evening times were chosen to allow more members of the public to attend.