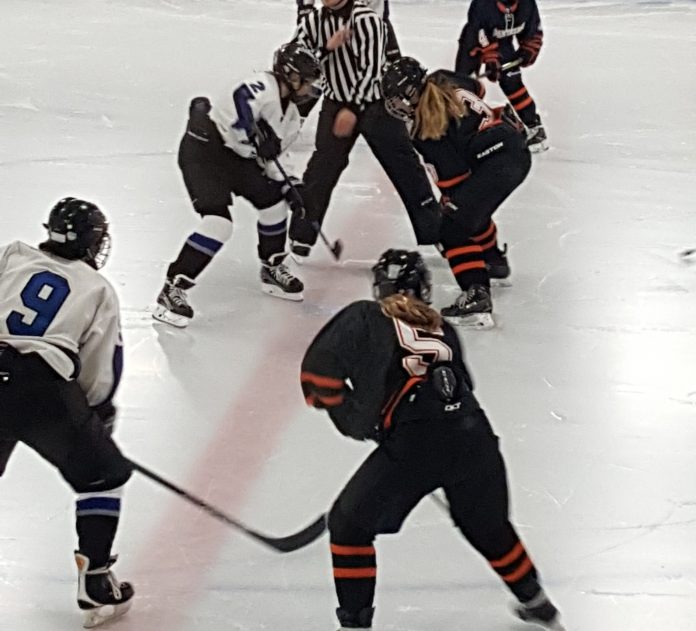 Billi Connell scored five goals and added a pair of assists to lead the Cardinals. Conell opened the scoring at 4:49 of the first period, adding four more in the second, including two in the first two minutes of the period.

Cheyenne Schutz stopped all nine shots she saw. Leah Thompson made 26 saves in net for the Storm.

Ellie Davis opened a string of four straight goals for the Bulldogs at 4:44 of the first before the Storm got one back when Kortney Sanasack scored on a feed from Hannah Zimmel.

The Bulldogs took a 5-1 lead into the first intermission, adding four unanswered second period goals, and three more in the third.

Whitney Weick had four goals for the Bulldogs, Ann Pavlo added three with an assist, and Madison Kivor stopped 26 shots.

Leah Thompson had 28 saves for the Storm.