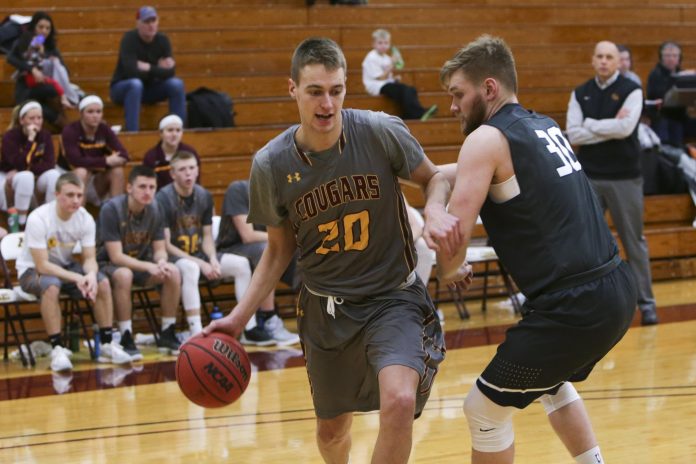 Panoam was 7 of 11 from the field including three from distance for the Fighting Hawks (3-1). Elijah Hazekamp added 18 points, Cortez Seales had 15, Jal Bijiek 12 and Filip Rebraca had 10 points and eight rebounds.

North Dakota shot 63 percent overall compared to 37 percent for Minnesota-Morris and had a 40-25 rebounding edge. The Cougars took 31 shots from beyond the arc but made only eight of them (26 percent).

North Dakota took a 20-point lead into the break and eclipsed the Cougars in the second half, outscoring them 65-31 and cruising to the win.