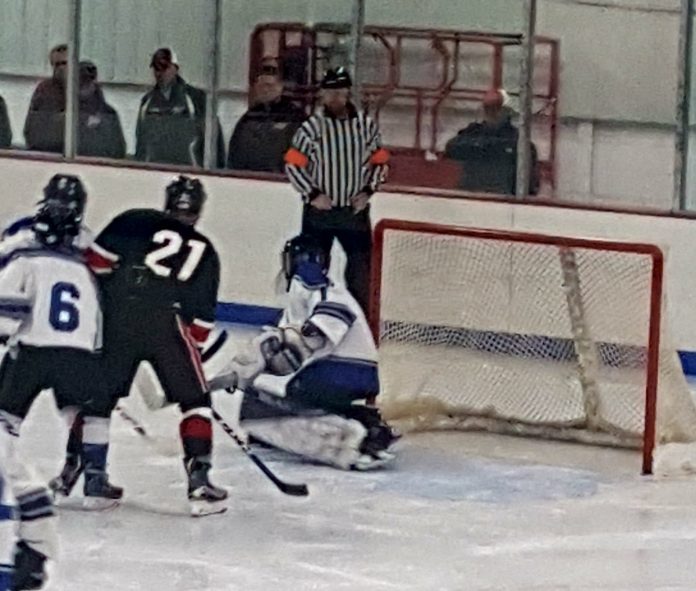 Brady Bachman stopped 44 shots in his varsity debut, but couldn’t keep the Stars out after facing a barrage of shots throughout the night.

Park Christian 49, Brandon-Evansville 42
BRANDON – Park Christian pulled away down the stretch to win a back-and-forth battle Brandon-Evansville 49-42.
The Chargers led by five at halftime, but turnovers and missed shots allowed the Falcons to pull ahead, then seal the win with free throw shooting.
Sara Jacobson led the Chargers with 15 points, Mikenna Pattrin added eight.
Karley Motschenbacher led the Falcons with 21 points.