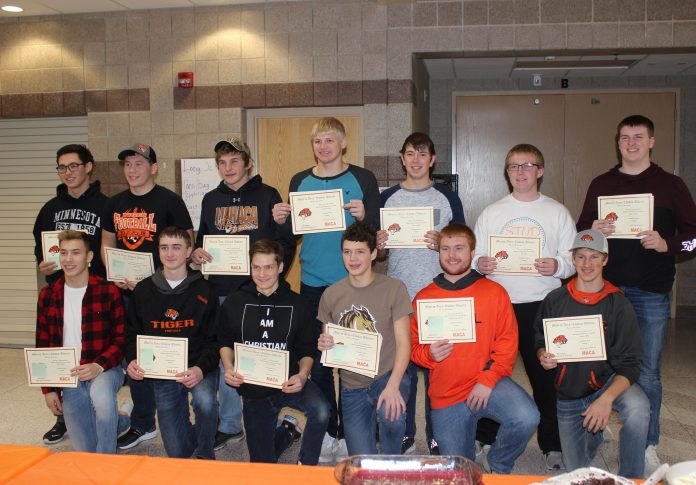 MORRIS – Morris Area/Chokio-Alberta senior Camden Arndt has been named the Mid-State (Sub 2) running back of the year for the second straight year.

Arndt finished the year with 1,226 yards rushing with 10 touchdowns, averaging 8.1 yards per carry. Arndt also hauled in 13 receptions for 259 yards and four touchdowns, while throwing for another.

Arndt was one of three Tigers named All-District, joining him were fellow seniors Joe Kleinwolterink and Brady Cardwell.