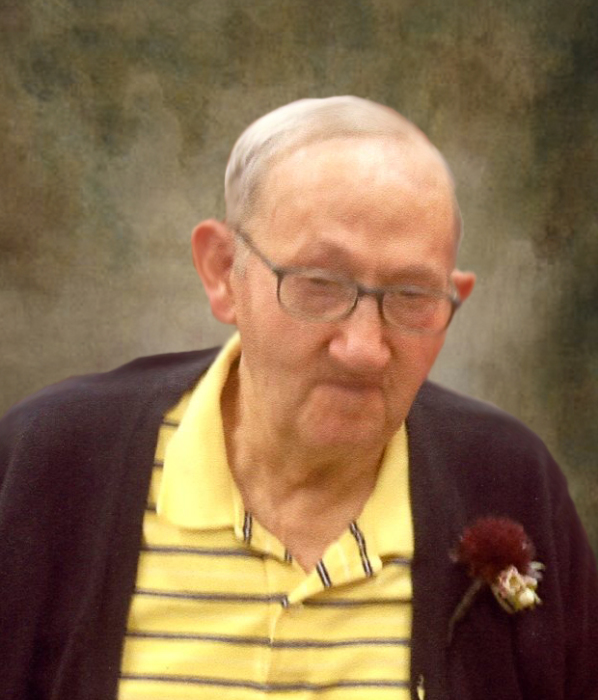 Funeral services for Donald L. Hacker of Hancock, MN, will be Saturday, December 8, 2018, at 2:00 p.m. at Good Shepherd Lutheran Church near Morris. Visitation will be Friday from 5 to 8 p.m. at the Pedersen Funeral Home in Morris and for one hour prior to services at the church on Saturday.  Burial will be at the West Zion Lutheran Cemetery, near Hancock. Military Rites will be provided by the American Legion, VFW, and AmVets of Morris.

Donald Leroy Hacker, son of Christ and Gurina (Truelson) Hacker was born on February 13, 1927, in Cumming Township near Havelock, Iowa. He grew up in Iowa and graduated from Bradgate High School, in Bradgate, Iowa, in 1945. Donald entered the United States Army and served his country for two years. After being honorably discharged, Donald returned home and began farming with his father. He was united in marriage to Janet Torkelson on November 3, 1951, in Rutland, Iowa. The couple made their home near Bradgate, where Donald continued to farm. In 1964, Donald moved his family near Hancock, Minnesota, and purchased a farm with his brother Fred. They raised crops and had dairy cows, Donald also sold for the Fuller Brush Company. In 2005, Donald sold his farm to his son Gene, and retired from farming in 2007. The couple moved to Skyview Court in Morris, before entering the West Wind Village in the spring of 2018.

Donald was a member of Shalom Community Lutheran Church in Starbuck, Minnesota.  He enjoyed playing cribbage, raising a large garden, and spending hours reading. Donald was known for his soup making talent, his bean and ham soup was the best.