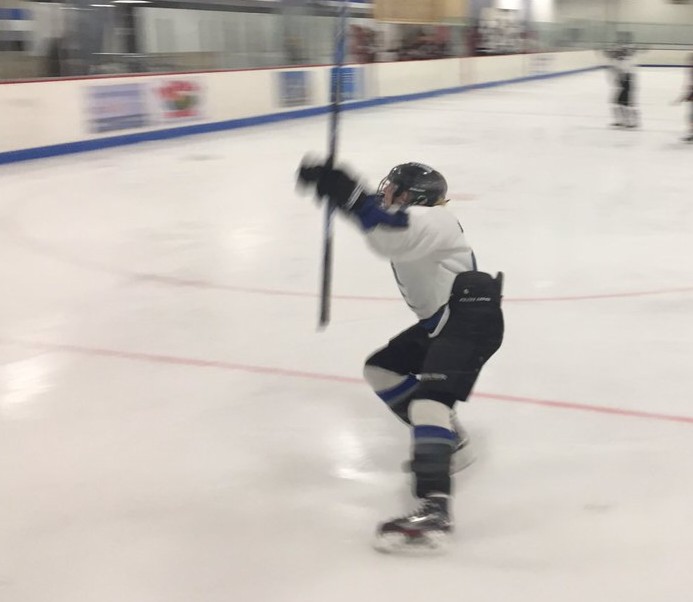 Morris/Benson Area 5, Park Rapids 4 (OT)
MORRIS – Hannah Zimmel took a feed from Chloe Zimmel and knocked it past Park Rapids goalie Kylie Pachel in overtime and Morris/Benson Area earned their second win of the year with a 5-4 defeat of the Panthers from the Lee Community Center.
The Storm led 2-1 entering the third period, but the Panthers were able to tie the game in a thrilling back-and-forth period, but Zimmel’s game-winner ended it. The Storm are now 2-7 on the season.

West Central Area 63, Clinton-Graceville-Beardsley 49
BARRETT – Ella Van Kempen scored 24 points with 12 rebounds and West Central Area won their Pheasant Conference opener with Clinton-Graceville-Beardsley 63-49 on Thursday.
The Knights never trailed and built up a 19-point first half lead before the Wolverines rallied to pull within 11 going into the break.
The lead dwindled to nine but the Knights were able to hit free throws down the stretch to preserve the win.
Lexi Bright had 13 points for the Knights who are 2-2.
Emma Botker led the Wolverines with 16 points and 11 rebounds, Tylaina Issendorf added 13 as they fall to 3-1.

West Central Area 58, Battle Lake 50
BATTLE LAKE – West Central Area went 8-8 from the free throw line in the final five minutes to withstand a three-point barrage by Battle Lake and earn a 58-50 victory.
The Knights were 18-22 from the stripe on the night, all coming in the second half.
Jack VanKempen filled the stat sheet with 10 points, 10 rebounds, 5 steals, 3 blocked shots, and 2 assists.
Grant Beuckens had 17 points, and Gage Staples added nine with seven rebounds. The Knights are 2-1 on the season.
Brady Scholten had 11 points for the Battlers who were held to 33 percent shooting and fall to 0-1.

Brandon-Evansville 63, Browerville/Eagle Valley 55
EVANSVILLE – Tanner Bitzan posted a double-double with 11 points and 14 rebounds and Brandon-Evansville slipped past Browerville 63-55.
Eli Anderson added 14 points for the Chargers, Sam Fuller scored 12, and Marshall Riedel had nine points with four assists.
The Chargers shot 58 percent from the floor and improve to 2-1. The Tigers are 2-1.