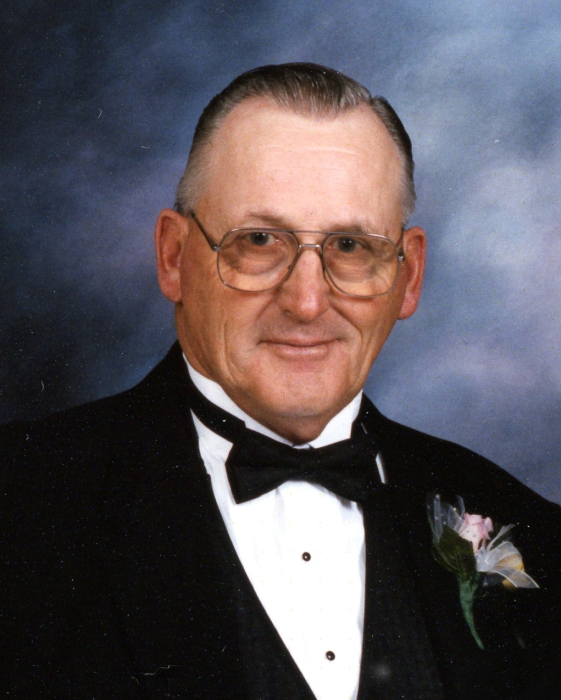 The funeral mass for Leo Riley, of Morris, Minnesota, will be held on Saturday, December 15, 2018, at 10:30 a.m. at the Assumption Catholic Church in Morris. Celebrant for the mass will be Father Todd Schneider. Visitation will be on Friday from 5 to 7 p.m., and Saturday, one hour prior to services at Assumption Catholic Church in Morris. Burial will be at the Calvary Cemetery, Morris.

Leo William Riley, oldest son of Tom and Betty (Kopel) Riley was born on October 21, 1935 in Morris, Minnesota. He grew up in the Morris area, attending grade school at District #70 and graduating from the Morris School of Agriculture in 1953. After his schooling, Leo began farming with his father. He enlisted in the United States Army, being stationed in Okinawa. After being honorably discharged, he returned to Morris and continued farming and had snow removal business. Leo was united in marriage to Rita Gades on August 24, 1975, at Faith Lutheran Church in Morris. Through this union, one daughter, Alisa was born. Leo did snow removal until 2012, and retired from farming in 2014.

He was a member of the Assumption Catholic Church and the Morris American Legion. Working was Leo’s hobby; however, he also enjoyed playing cards, and attending stock car races. His two favorite things were meeting friends at DeToy’s for coffee and spending time with his granddaughter, Chloe. Leo will be remembered for his kind heart, quick wit, and willing to lend a person a hand. He truly enjoyed life.

Leo was preceded in death by his parents, one brother, Bob and one brother-in-law, Gene Schneider.

In lieu of flowers, the family wishes memorials are given to the Assumption Catholic Church.

Pedersen Funeral Home is in charge of the funeral arrangements.