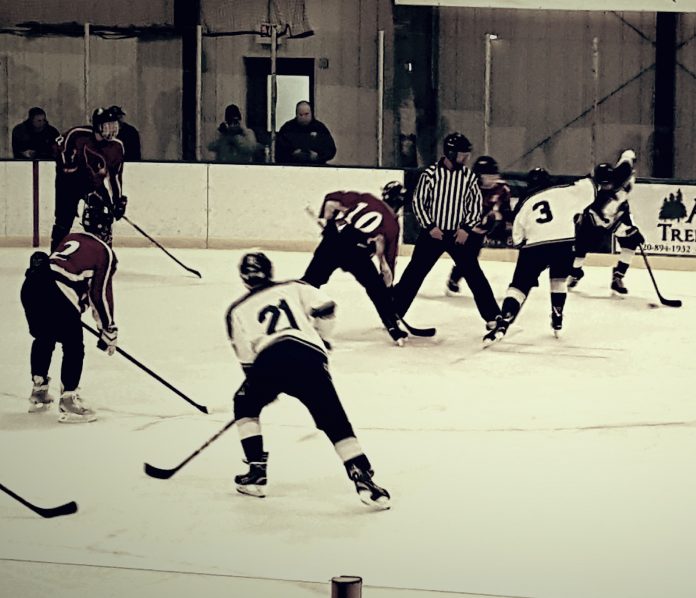 Morris/Benson Area 5, Farimont 3
BENSON – Taryn Picht netted a hat trick and Morris/Benson Area held off a late rally by Fairmont for a 5-3 win on Saturday.
The Storm took a 4-1 lead into the third period before Fairmont closed the gap with two quick goals, but Kortney Sanasack broke loose and took a feed from Andrea Walz before burying the puck into the back of the net to seal the win.
Sanasack assisted on two goals, Kellie Wilts scored, and the Storm got an assist from Chloe Zimmel while Leah Thompson made 27 saves in net to improve to 3-9.
Mackenzie Householder had two goals for the Cardinals who fall to 2-7.

Morris/Benson Area 3, Fairmont 0
BENSON – Reece Kuseske broke a scoreless tie at 8:34 of the third period and Morris/Benson Area defeated Fairmont 3-0 on Saturday.
Kuseske threaded the needle with an odd-angle shot that got the top-shelf corner, then followed it up with a second goal at 14:25 to give the Storm a two-goal lead.
Kolby Goff scored an empty-netter from Brady Goff to seal the win, and Chase Engebretson stopped 19 shots for the win.
The Storm are now 3-3 and the Cardinals fall to 0-6.

Hancock 79, Benson 63
BENSON – Bennett Nienhaus hit six threes and finished with 31 points as Hancock beat Benson 79-63 in the championship of the Benson Tournament on Saturday.
Both teams shot above 50 percent, but the Owls 11 threes to the Braves five and remain undefeated at 5-0.
Connor Reese added 14 points with four assists, Cole Reese had 10 points with seven assists and three steals.
Austin Ose had 13 points for Benson who fall to 2-3.

Minnewaska Area 71, Lakeview 43
GLENWOOD – Jack Blevins had 17 points, Shawn Carsten added 16 and Minnewaska routed Lakeview 71-43 on Saturday in Glenwood.
Grant Jensen added 11 for the 10th-ranked Lakers who are 5-0. The Lakers fell to 0-4.

Brandon-Evansville 67, PACT Charter 48
KIMBALL – Marshall Riedel scored 19 points to lead Brandon-Evansville past PACT Charter in the third place game at the Kimball Tournament.
Tanner Bitzan had a double-double with 13 points and 11 rebounds, Sam Fuller added 14 points for the Chargers who are 4-2. The Panthers are 2-5.

Milbank Invitational
MILBANK – The Morris Area/Chokio-Alberta gymnastics squad competed at the Milbank Invite on Saturday, taking sixth with a score of 112.75.
Olivia Lebrijia highlighted the day with a seventh place finish on bars, and the Tigers had four personal bests along with a new season high event total.
Milbank won the even with a score of 130.65.

Big Bear Tournament
CASS LAKE – Davin Rose took fourth place at 113, and was the top finisher for the MAHACA Tigers at the Big Bear Wrestling Tournament from Cass Lake on Saturday.
Wyatt Olson placed fifth at 195 for West Central Area/Ashby/Brandon-Evansville, while Jordan Lohse took seventh at 138.
Minnewaska’s Tyson Meyer was a champion at 182. Easton McCrory (113), Tyler Van Luik (195) and Dylan Jergenson (220) each took third place.
The Lakers took fourth place as a team, the Knights were 19th, and the Tigers finished 21st. Hutchinson won the tournament.

Complete results are can be found HERE