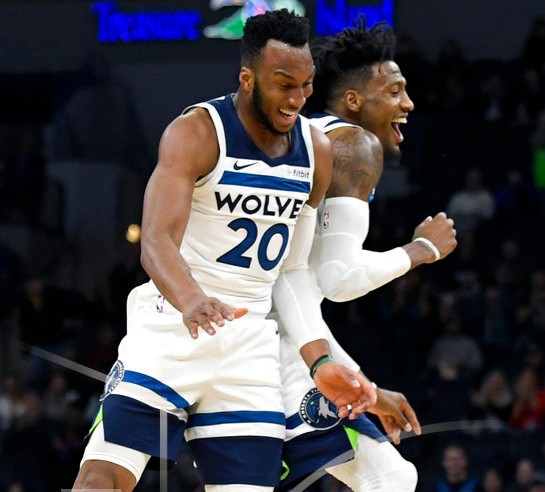 MINNEAPOLIS (AP) — Karl-Anthony Towns had 14 points and 14 assists in just 21 minutes, Andrew Wiggins scored 17 and the Minnesota Timberwolves got a big boost from their bench in a 132-105 win against the road-weary Sacramento Kings on Monday night.

Derrick Rose added 13 points and a season-high 11 assists while starting for injured point guard Jeff Teague. Minnesota led by 36 in the first half against Sacramento, which was coming off a 120-113 victory at Dallas a night earlier.

The Timberwolves returned home following an 0-4 trip, including a 141-130 loss at Sacramento.

Buddy Hield scored 21 points for the Kings but didn’t play in the second half. Sacramento coach Dave Joerger didn’t play any of his starters after halftime.

Considering the travel and the team’s start, Joerger had reason to stick with his reserves.

Minnesota had a double-digit lead less than three minutes into the game. Hield tried to rally the Kings, scoring 16 of their first 17 points and hitting his first four 3-pointers before the Wolves’ bench took over.

Keyed by Gorgui Dieng and Josh Okogie, Minnesota started the second half on a 25-5 run. Dieng scored seven of his season-high 15 points during the outburst, but it was the energetic rookie Okogie that had the Timberwolves and their fans celebrating.

Okogie recovered a loose ball on the defensive end and streaked down for an acrobatic dunk. On the next series, he blocked a shot and fed Dieng with a no-look pass on the other end for a dunk. Following a Sacramento miss, Okogie got out on the break again for an easy lay-in.

The Kings had a scoreless stretch of nearly three minutes on the other side.

The bench brought Sacramento back in the third quarter. With Yogi Ferrell, Troy Williams, Justin Jackson, Skal Labissiere and Kosta Koufos starting the second half, the Kings went on a 21-3 spurt to cut the deficit to 12.

Minnesota slowly recovered with Towns and Taj Gibson leading the way inside. The Timberwolves outscored Sacramento 66-36 in the paint.

Kings: Sacramento starters De’Aaron Fox, Willie Cauley-Stein and Nemanja Bjelica all played fewer than 10 minutes. Fox, who entered averaging 18.5 points and 7.5 assists per game, was held scoreless on 0-of-4 shooting and didn’t have an assist. … The bench scored a season-high 78 points.

Timberwolves: Teague missed the game with left ankle inflammation. Minnesota coach Tom Thibodeau said there was no specific injury, but the inflammation built up over time. … Okogie finished with 10 points, three rebounds and three assists. … The Wolves had a season-high 37 assists on 48 made shots.