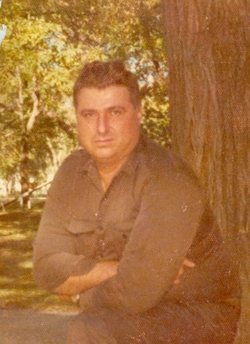 Interment will be in Lakeview Cemetery, rural Beardsley. Pallbearers will be Laine Schmitz, Steve Fischer, Doug Wohlenhaus, Wayne Anderson, Wayne Hamner and Justin Ballhagen. Honorary Pallbearers will be all of James friends. Military Rites will be provided by the Merton Dale American Legion Post #80.

James Edward Graham was born September 1, 1930, in Browns Valley, Minnesota, to Charles and Theresa (Wendt) Graham. He attended country school in Windsor Township. He entered the United States Army on January 17, 1952, and was honorably discharged due to his father’s death on May 6, 1952. James returned home and took over the farming operation for his father. He continued to farm until entering the Traverse Care Center in Wheaton in 2014.

James was a member of Siloah Lutheran Church in Parnell Township, MN. He was a member of the Otto-Quande-Renville American Legion Post #50 in Sisseton, SD. Jim enjoyed spearing fish when he was younger and enjoyed hunting deer, squirrels and pheasants.

James was always interested in collecting old cars and attending car shows. He loved collecting old tractors, whiskey cars, trains and model cars.  He has one of the largest collections of painted plates in the country.

James is survived by several nieces and nephews.

Funeral Services are with Bainbridge Funeral Home of Wheaton, Minnesota.