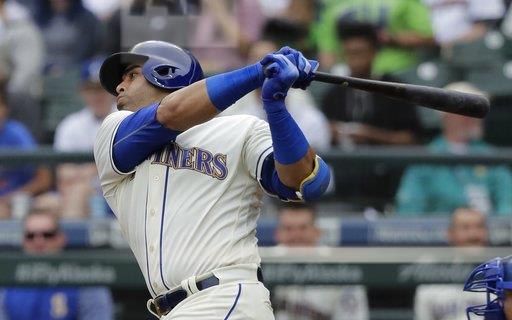 Free-agent slugger Nelson Cruz has agreed to a one-year deal with the Minnesota Twins for $14.3 million, a source confirmed to ESPN on Thursday.

The deal also features a $12 million team option for 2020, according to the source. Yahoo Sports first reported that the two sides had agreed to a deal.

Nelson Cruz has more home runs since the start of the 2014 season than any other player in baseball.

No player has hit more home runs over the past five seasons than Cruz, with 203, which is 15 more than Giancarlo Stanton. Cruz, 38, who is older than new Twins manager Rocco Baldelli (37), has averaged almost 153 games a year over that same period.

The Twins, who ranked 23rd in the majors last season with 166 home runs, have gone on the offensive this offseason. In addition to Cruz, Minnesota has added C.J. Cron (30 home runs in 2018) and Jonathan Schoop (21) to the roster.

Cruz, who admittedly likes to take an hour nap prior to games, continued to give nightmares to opposing pitchers as a DH with the Seattle Mariners in 2018.

“Once you find your comfort zone, you can do it,” Cruz said during the season of his pregame napping habits. But the quote could just as easily apply to his hitting.

Cruz posted a goodbye message to Seattle on Instagram on Thursday.

Cruz, who made $14.725 million in the final year of his four-year, $64 million contract that he signed in 2015, ranked eighth in the American League last season with 37 home runs and ninth with 97 RBIs, despite missing some time after falling down the dugout steps and injuring his ankle on the opening weekend. He finished the season with a .256 average in 144 games.

This was his third time on the free-agent market.

He was the winner of the Edgar Martinez Outstanding Designated Hitter of the Year Award in 2017 after belting 39 homers and leading the AL with 119 RBIs.