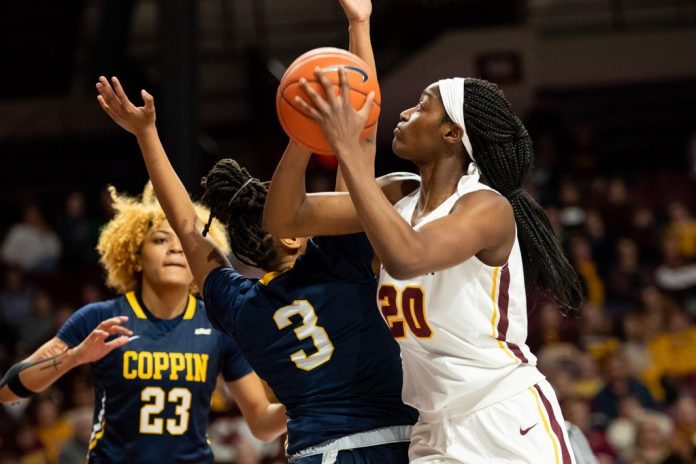 The Wolverines (10-4, 1-1 Big Ten) took control with a 14-0 run to end the second period and scoring the first four points of the third to open a 22-point lead. The Golden Gophers had not trailed by double figures in their first 12 games.

There were 10 ties and 10 lead changes before Nicole Munger’s 3-pointer midway through the second quarter gave Michigan a 22-20 lead. The Wolverines turned a pair of turnovers into baskets before Annalese Lamke scored for Minnesota at the 4:16 mark. But from there, the Golden Gophers missed seven shots to go into the half down 40-22, and they missed their first two of the third period while Thome was scoring inside twice.

A 12-1 run in the fourth quarter allowed Minnesota to get within 13 with 4:14 to play. Taiye Bello led Minnesota with a career-high 24 points on 9-of-9 shooting from the field and 6-of-8 free throws.