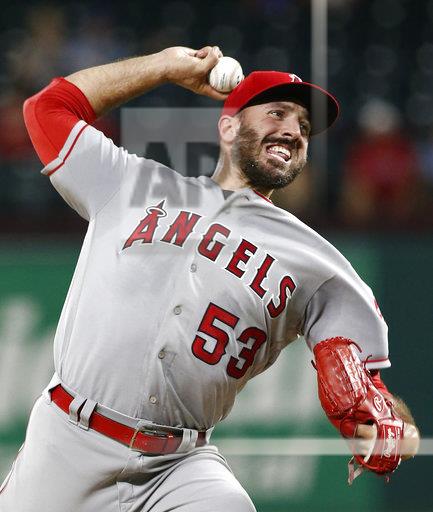 The Twins have reportedly made their first bullpen acquisition of the offseason, with MLB Network insider Ken Rosenthal reporting that free-agent reliever Blake Parker, a veteran of six Major League seasons, has agreed to a one-year, $3.2 million contract with Minnesota. The club has not confirmed the deal.

The 33-year-old Parker experienced a breakout season with the Angels in 2017, when he recorded a 2.54 ERA with 86 strikeouts in 67 1/3 innings and eight saves as he rotated through the closer’s role. He saved 14 games and recorded a 3.26 ERA in ’18, his first season of arbitration eligibility, but was non-tendered by the Angels following the season.

Parker’s out pitch is his splitter, which has generated a 43 percent whiff rate since the Statcast™ era began in 2015, ranking fourth among pitchers drawing at least 400 swings on splitters in that period. But the velocity of all three of his pitches dropped in ’18, with his fastball dipping from 93.5 mph in ’17 to 92.1 mph, and he saw a decrease in his strikeout rate and an increase in his hard-hit rate.

Though he doesn’t have a lengthy track record as a closer, Parker should slot into the back end of the Twins’ bullpen alongside Trevor May, Addison Reed, Trevor Hildenberger and Taylor Rogers, and he could get consideration for the ninth inning, especially if Minnesota doesn’t add a more experienced closer before the season.

Parker earned $1.8 million in 2018. He has two seasons of team control remaining.