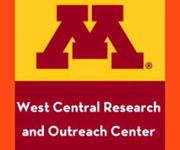 Weather researchers at the West Central Research and Outreach Center in Morris released this week their annual review of weather data. In calendar year 2018, total precipitation was 29.6 inches, which is 5.23 inches above normal. We received 21.16 inches of rain during the growing season of April through August. The average is 16.0 inches. Last year we had 19.9 inches of rain for this time.