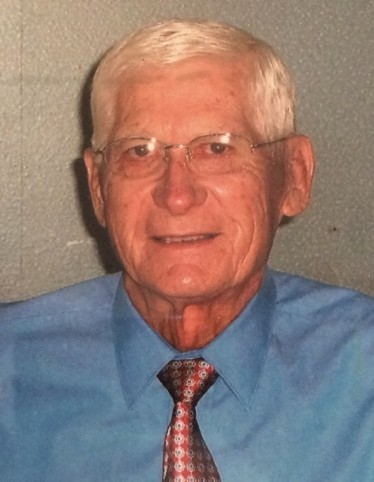 Funeral Service for Dave Hegna will be at Grace Evangelical Free Church in Elbow Lake at 11:00 a.m. Friday, January 18, 2019. Visitation is Friday from 9:30 a.m. to 11:00 a.m. Rev. Don Trulson will be officiating. Burial in Pelican Lake Cemetery, Ashby.

Dave was born on March 29, 1930, in Granite Falls, Minnesota the son of Thorvald and Mary (Peterson) Hegna.  He graduated from Granite Falls High School in 1948 where he was the first recorded basketball player in Minnesota to score 1000 points. Dave graduated from Hamline University in St. Paul in 1952 with a Degree in Education.  At Hamline he played basketball, with the team winning three National Championships, and Dave was later inducted into the Hamline Hall of Fame.

Dave and Frances Oslund were married on June 14, 1958, in Cambridge, Minnesota.  He taught and coached in Belle Plaine, Staples, and Robbinsdale.  He went on to teach in the Glenwood School District for twenty-six years, retiring in 1986.  After retirement they moved to Elbow Lake and later Fergus Falls, wintering many years at their home in Chandler, Arizona.  For the past 4 years, Dave appreciated the loving care they both received at the Ashby Living Center. Throughout his life he enjoyed golf, tennis, cross country skiing, ice fishing and watching sporting events on television, with the highlight being the Minnesota State High School Basketball Tournaments. His favorite pastime of all was playing with his grandchildren and great grandchildren.

Memorials are preferred to Haiti Eye Mission, and the Ashby Living Center.

Arrangements for Dave Hegna are with Erickson-Smith Funeral Home of Elbow Lake.