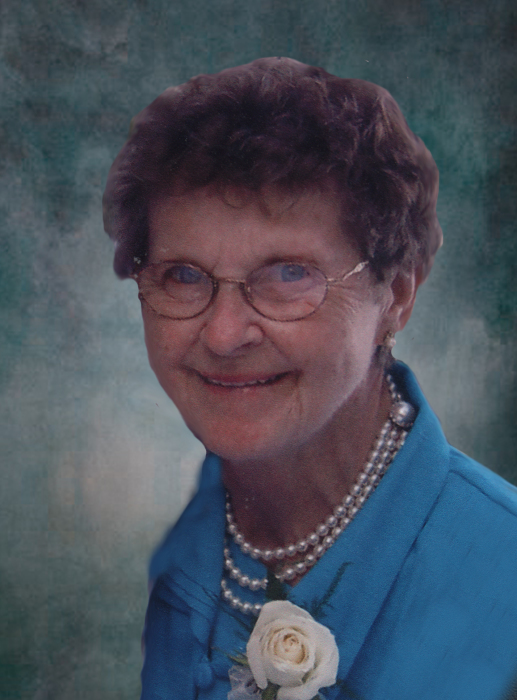 Colleen Ann (Strom) Westberg, age 89 of Alexandria formerly of Kensington passed away on Thursday, January 17, 2019, at Knute Nelson in Alexandria.

Memorial Service for Colleen A. Westberg will be held 11:00 a.m. on Wednesday, January 23, 2019, at First Lutheran Church in Kensington.

Visitation will be held from 3:00 to 5:00 p.m. on Tuesday, January 22, 2019, at Grand Arbor in the Community Room in Alexandria and for one hour prior to the service at the church on Wednesday.

Colleen worked at restaurants in Fergus Falls and Alexandria after both her father and mother had passed away by the time she was fourteen years old. She graduated on May 28, 1947, from Hoffman High School. After graduating, Colleen worked at Hakes Variety in Alexandria and Gildseth’s Grocery in Hoffman.

Colleen married Dale Westberg on March 19, 1948, at Bethel Parsonage in Hoffman. They then moved to Devil’s Lake, North Dakota, in 1953 and to Lancaster, Minnesota, until 1961 when they moved to Kensington where Colleen worked as the bookkeeper for her husband at the Kensington and Hoffman lumber yards. Life in Kensington included membership in the Legion Auxiliary, the Lion’s Club and involvement and service at the Kensington 1st Lutheran Church, where Colleen served on council, taught Sunday School and held various offices in the WELCA. Colleen also faithfully donated blood to the Red Cross.

Colleen lived for her family and the love of her life, Dale, who preceded her in death on March 10, 2006, after complications from an earlier stroke. She loved to golf with her family and friends and enjoyed knitting and sewing. She made the best homemade bread and lefse that has ever been made and loved frequent weekend and week-long visits from her grandchildren. Colleen also enjoyed attending her children and grandchildren’s sporting events and church programs.

Colleen is preceded in death by her husband Dale, sister Jeanne Gunderson, her parents and grandparents, aunts, uncles, and cousins.