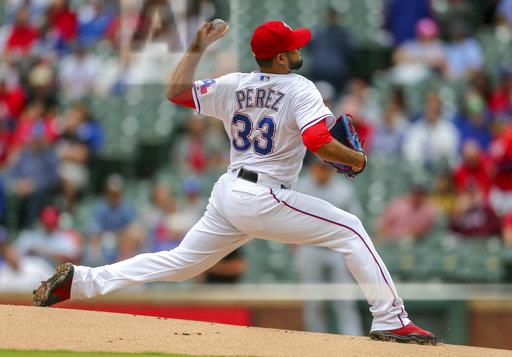 The Twins have reached agreement on a one-year contract with lefty Martin Perez, pending a physical, a source confirmed Saturday afternoon. The deal has a club option for 2020.

Perez made 33 and 32 starts in the two seasons prior but threw just 85 1/3 innings last season after suffering an injury in his non-pitching elbow in December 2017 after an incident with a bull.

The Twins have four starters penciled into their rotation — Jose Berrios, Kyle Gibson, Jake Odorizzi and Michael Pineda — and have a mix of options for the fifth spot. They also still need relief help.

Perez was pulled from the Rangers’ rotation in August and pitched better out of the bullpen, posting a 3.24 ERA in 16 2/3 innings and limiting opposing hitters to a .197 batting average against.