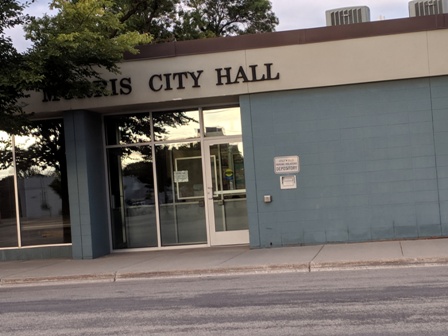 The Morris City Council will discuss a resolution at tomorrow’s meeting to appoint Officer Reggie Welle as Interim Police Chief. The Police Civil Service Commission had interviewed three of the five applicants for the job opening, one from within the department and two from outside. In their task of ranking the candidates, the commission decided there was only one clear choice for chief, and the other two should not be recommended. A job offer was made, but rejected, by that candidate.

The process will now start over looking for new candidates, which could take at least until March. In the interim, the commission decided to recommend Reggie Welle, who serves as investigator and training officer with the police department, to serve as chief. Welle has experience doing many of the administrative duties of chief.

The Council will meet 5:15 p.m. tomorrow at the Morris Senior Center.